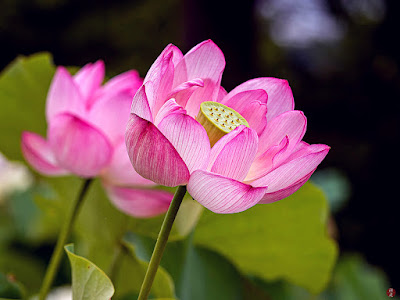 It is said that, in ancient India, a sacred lotus flower was considered a symbol of good fortune, like purity, dignity, fertility, creativity, prosperity, longevity and so forth, because it stands up straight majestically from the midst of mud and blooms nobly without any dirt.
When Buddhism emerged, this ancient imagery of lotus flowers was incorporated into Buddhist doctrines, and it has been treated to be the symbol of the supreme spirituality and wisdom of Buddha.
The design of a lotus flower was imported to Japan with the arrival of Buddhism and has been used as the flowery emblem of Buddha in all ritual implements and decorative objects of Buddhist culture, such as Buddhist images, religious ornaments of temples, ritual utensils, sutra scrolls, vestments, reliquary containers and so on.
Email ThisBlogThis!Share to TwitterShare to FacebookShare to Pinterest
Labels: flower, ofuna flower center, sacred lotus