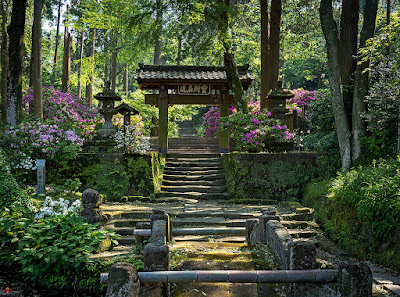 After going up the worn sandstone steps at the back of the moss-covered stone bridge and passing under the humble San-mon gate (Three Gates of Deliverance), a long, weathered stone staircase leads to the bell-tower gate and the Buddha hall in the quiet and shady grove.

In the Buddha hall, the three wooden images of Shakyamuni triad, namely the image of Shakyamuni (Gautama) Buddha flanked by two attendants, are waiting for us.

The framed motto hung on the San-mon gate is saying the zen words of "Housho zaikin" from the Lotus Sutra. This phase means that the nirvana of enlightenment (Housho) is within a stone's throw (zaikin) and you must take it one step further without giving it up. 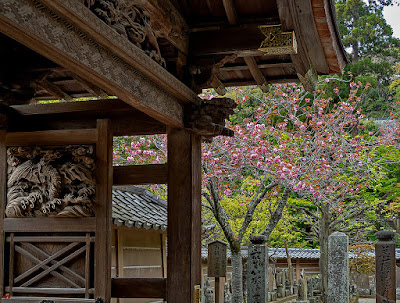 A long time has passed since the full-blown cherry flowers disappeared completely like a momentary but beautiful daydream of spring. After those flowers had fallen altogether, various fresh leaves are appearing all at once everywhere, which makes me realize how fast time is passing.

In a corner of the quiet garden of Hyak-kannon (one hundred statues of Buddhist deity of compassion), the pale pink flowers of a double‐flowered cherry tree are in full bloom in the gentle afternoon sunlight of late spring.

The flying-dragon in the auspicious clouds sculptured on the Chokushi-mon Gate (gate for imperial envoys), which was once colored splendidly in the old days, symbolizes the virtue and benevolence of the emperor to be received. 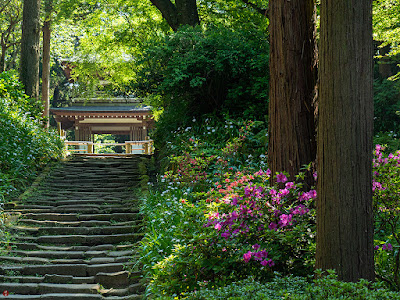 Bright foliage is flourishing vigorously and the rich gradation of greenness entirely surrounds the stone steps to the bell-tower gate.

The flowers of Tsutsuji (azalea) and Shaga (Iris japonica) accentuate the deep stillness tinged with the tender green of new leaves.

Invisible birds of spring are singing merrily somewhere in the shady grove around me.

The worn-out stone stairway reminds me of the long history of this old Zen temple. I wonder how many persons have come and gone on this stairway to seek the path to the place of enlightenment. 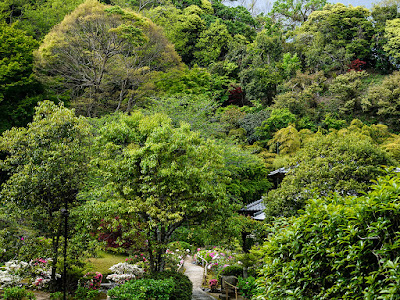 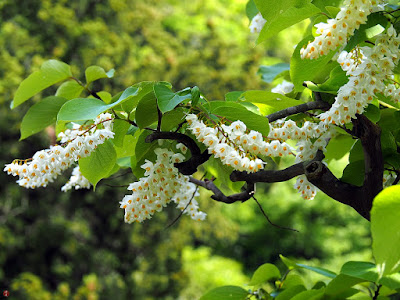 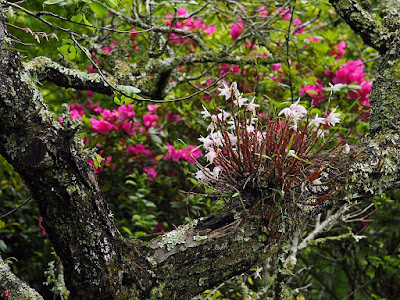 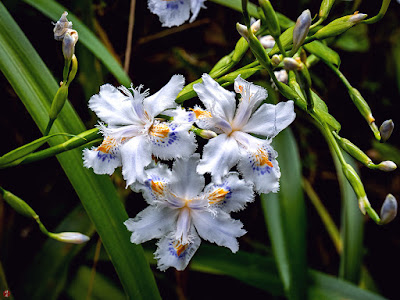 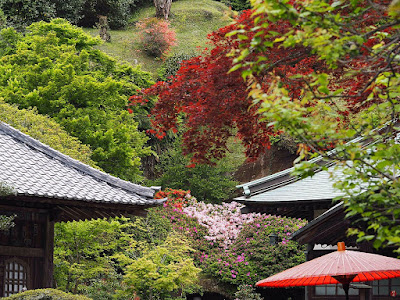 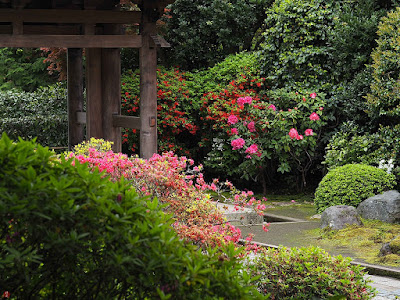 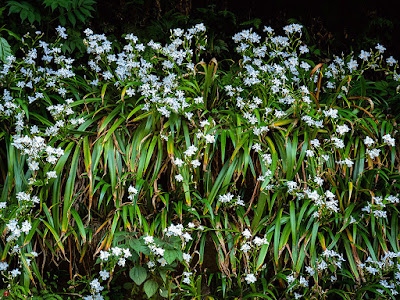 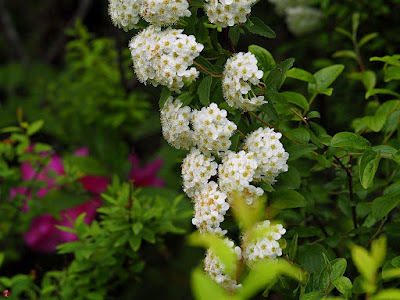 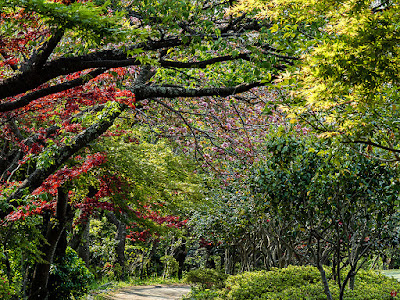