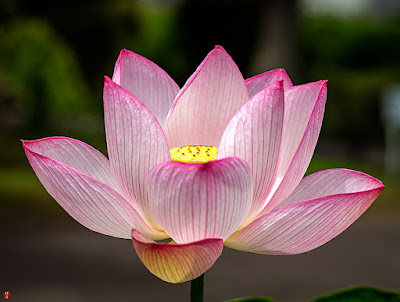 In ancient India, the lotus flower has been a symbol of all kinds of good fortune, including power, creativity, fertility, prosperity, and longevity.
Many deities of Indian mythology are depicted in various ways in combination with lotus flowers.
Lakshmi, the goddess of wealth, beauty and fertility, stands on a red lotus flower and holds red lotus flowers in both hands. Lakshmi is also known as Kisshoten in Japan.
Goddess Saraswati, known as Benzaiten in Japan, is often depicted sitting on a white lotus flower. Saraswati is the beautiful goddess of learning, wealth, music, and art.
In Hinduism, there is a myth that Brahman, known as the ultimate reality of the universe, was born out of the lotus flower that extended from the navel of the god Vishnu.
Email ThisBlogThis!Share to TwitterShare to FacebookShare to Pinterest
Labels: flower, ofuna botanical garden, sacred lotus