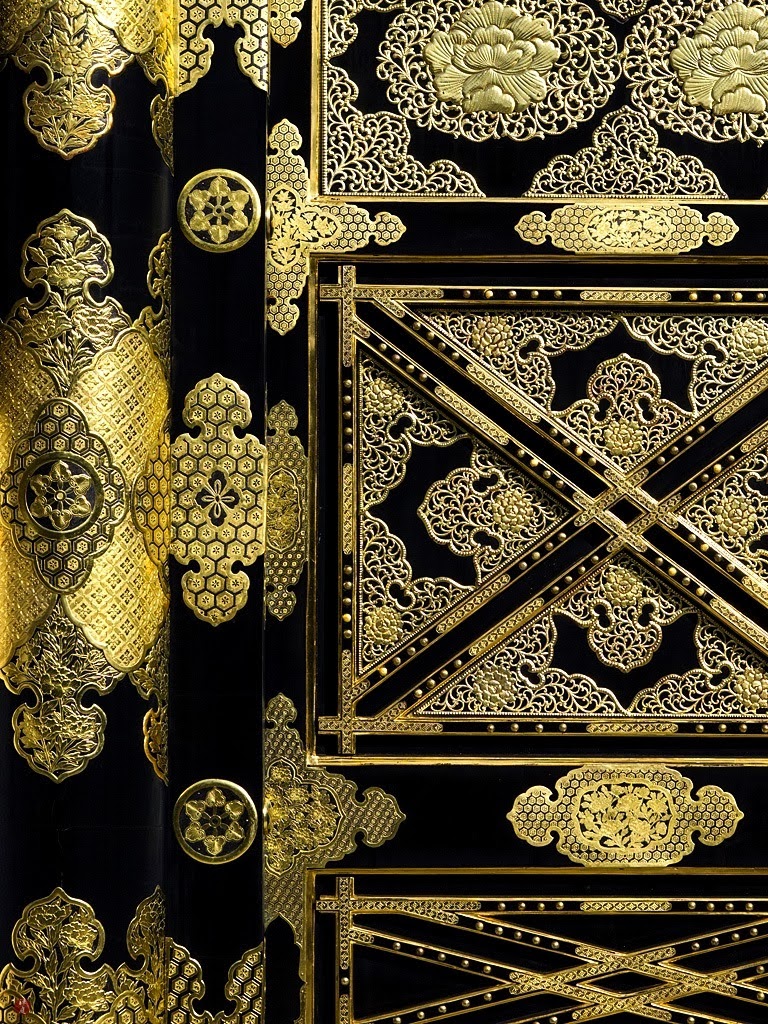 Peony flowers were introduced from China into Japan in the 8th century. In China, and also in Japan, a peony flower is traditionally appreciated as the queen of flowers and is regarded as the most auspicious flower of all as well as a beautiful emblem of eternal youth and happiness.

This black-lacquered gate in Chinese-style, which is originally prepared for guests of honor, is splendidly decorated with various gilded figures of auspicious omens which include the figures of peony flowers.
Email ThisBlogThis!Share to TwitterShare to FacebookShare to Pinterest
Labels: chinese gate, Kara-mon, kencho-ji